Yoshi, the Two Oceans Aquarium loggerhead turtle that was released in December 2017, continues with her record-breaking journey, having swam 37 000km in the last 26 months. Her latest tracking data shows that she is a mere 66 kilometres from the coast of Western Australia, prompting speculation that this might be her natal beach area and that she has perhaps returned to lay her eggs.

Throughout her journey, Yoshi has averaged and maintained a swimming distance of 48 kilometres per day. The latest tracking data shows that she has slowed down slightly and is now clocking in at about 46 kilometres per day. At this stage, we can only speculate why this is so. One possibility is that she is preparing to mate. However, during the past two years, Yoshi has moved into coastal areas a number of times. The slowing down in her swimming speed and her coming close to the coastline might in the end just be another of her pitstops along her journey.

“Yoshi has always done things her way, and she might just keep us guessing for a while longer. Perhaps she is just filling up on some tasty morsels, or perhaps this stop will be a more significant spot on her journey. We should know pretty soon whether Yoshi is an Australian after all, and if she is about to add to the global loggerhead population. Yoshi has done us all proud and we cannot wait to see what she will get up to next,” said Maryke Musson, CEO of the Two Oceans Aquarium Education Foundation.

Musson also explained that Yoshi has inspired a fundraising campaign called #YoshiChallenge. “We are asking people to look at the epic journey that Yoshi has undertaken and help us to help more turtles like her. Through the #YoshiChallenge we would like to honour Yoshi’s journey and raise funds to rescue more turtles and create the next generation of ocean champions through education.”  To donate to the #YoshiChallenge click here: https://www.givengain.com/cause/11207/campaigns/19792/donate/#start

Yoshi’s satellite tag has been outstanding in the data that it has provided. “Yoshi’s journey back in the wild has not only enthralled us all, but also provided us with some incredible scientific data. The tracking of animals such as Yoshi is fascinating and gives us valuable information so that we can better educate people about these animals and also look to protect them more effectively in the wild,” said Michael Farquhar, CEO of the Two Oceans Aquarium.  With the very real possibility of the battery power of this tag running out soon, Western Australian conservation and research officials are on standby to possibly replace the tag in order for us to continue tracking Yoshi. To date, we have received more than 20 000 messages from the tag, and according to the Oceans and Coasts division of the South African Department of Environmental Affairs, this has been the longest journey in distance, and time, ever recorded by one of these tags.

Yoshi the loggerhead turtle arrived in Cape Town in July 1997 on a Japanese fishing vessel as a small 2-kilogram juvenile turtle with a very distinctive injury on the side of her shell. The captain of the fishing vessel had named her Yoshitaro, after the cook onboard who was rather small in stature himself. He contacted the Two Oceans Aquarium and asked for help. The Aquarium took the turtle in and pretty soon, staff and visitors to the Aquarium alike, had fallen in love with the little turtle.

Through working with Yoshi, over the years Aquarium staff gained confidence in handling sea turtles and general turtle husbandry and started caring for stranded turtle hatchlings as well as occasional larger stranded and injured turtles.

Over her 20 years at the Aquarium, Yoshi grew to a formidable 180 kilograms and was very aptly known as the “Queen of the Exhibit”. At approximately 25 years of age, Aquarium staff knew she was maturing and her breeding instincts started kicking in. After much research and discussion, it was decided that it would be in her best interest to be released. The next 18 months were spent preparing her for life back in the ocean, which included daily exercise to increase her fitness levels.

On 16 December 2017 the Two Oceans Aquarium released Yoshi back into the ocean. Weighing 183kg, Yoshi was released 27 nautical miles south west of Hout Bay in 20.6°C water. He journey took her along the west coast of Africa to Namibia and Angola, where she spent some time. She then turned around and headed East past Cape Town, and is now officially in Australian waters. 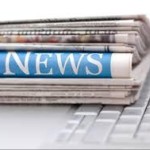 SAIPA breaks down budget over breakfast

You may have missed

Symptoms of the Corona Virus – Infographic